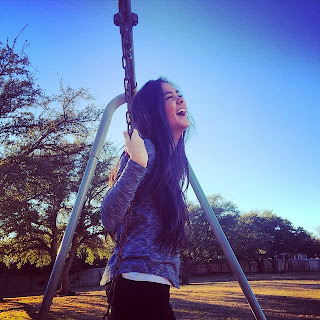 Recorded in John 14, Jesus said, "I give you a new commandment, love others as I have loved you..."

This profound command leads me back to the woman who was caught in the very act of adultery. Think about it...caught in the very act itself - most likely naked and dragged in front of many judgemental onlookers - and Jesus seems to pause time as He silences the accusers with this beautifully incredible statement that 'til this day has never been forgotten over two thousand years later, "You who have no sin, cast the first stone!"

Just imagine, the scene for everyone in that moment had to be a life altering paradigm shift, shining light on the Kingdom Love of God which manifested upon the earth in that very moment like no one had ever seen or imagined...for the ONLY ONE who could have cast those very stones at her - He chose to cover her instead.

Meanwhile, I thought, "Wait! We know the only One who could have rightfully cast the first and only stone was Jesus...SUDDENLY I awakened to another TRUTH, there He was standing before all of them, THE GREATEST STONE of all - the FIRST STONE - THE FIRST AND THE LAST STOOD BEFORE THEM ALL - THE GREATEST ROCK OF ALL THE AGES, and yet JESUS, THE CornerSTONE was the ONLY One who could have CAST His judgement on her - and instead, the Cornerstone that the builders rejected, cast Himself OVER her; as her COVERING; her STRONGHOLD; not to hurt her; but to reveal God's goodness so He could then say, "You are forgiven, RISE UP AND GO and sin no more"!

The CORNERSTONE was displayed as He addressed the sin, YET empowered her with His goodness Who revealed the love of the Father and in that act of God's glorious love that was cast over her - she was led in a lifestyle of repentance, never turning back to her sin, instead following Jesus all the days of her life!

Are you like that woman who is so overwhelmed by His Love that you can't help but to love others with HIS LOVE you've freely received? I can't speak for anyone else, but for me this has awakened me even more to echo Him in all parts by being reliant on His refreshing, Holy Spirit!!! THIS is how revival in God begins...by being the display of His glory by HIS MIGHTY POWER, so others are revived back to not only life - but HIS ABUNDANT LIFE!
Posted by Teresa at 6:24 AM