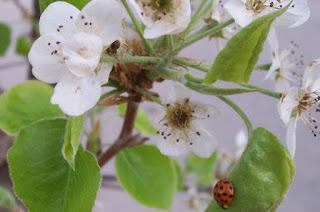 Intrigued as I read John 3, it was as though I was introduced to a very influential man, a Pharisee, his name, Nicodemus. This man full of knowledge, knowing his roots going all the way back to the beginning. Then of course we see the "type and shadow" of the snake on a pole that Jesus references.

We know from this recorded story in John 3 that Nicodemus is learned and he knows the story that Jesus draws an analogy from. As recorded in Numbers 21, it is the famous story of the Israelites who began growing impatient and voiced it amongst one another regarding their long journey. Even complaining about the manna God provided. Yet not only stopping there, but even saying how there was nothing to eat or drink and complaining of God's provision in manna with complaints of saying, "And we "had to" eat this horrible manna!"

Can you imagine within moments GOD sending poisonous snakes among the people who complained? These poisonous snakes biting the people as they died. As they saw what was happening, they went to Moses and repented about their speaking against The Lord. So here is this amazing leader who could have complained about them, yet instead prayed for them. While praying GOD instructed Moses on the remedy of what to do. He provided a way by making a replica of a snake out of bronze and attached it to a pole then anyone who looked upon this relic - they would be healed.

What?!? I thought, "Lord! How long did that take?" How many died before this could be all done and built?

Jesus further explains to Nicodemus that just as that bronze snake on the pole had to be lifted up for people to look upon and be saved, so He must be lifted up so that anyone who believes in Him WILL BE saved. There He was referring to the Cross that He would be nailed to later.

Complaining initiates terrorism in our lives -
yet grateful hearts to this amazing
God causes us to count our blessings
versus discount them.

Just think along the journey, God wants us to not just go our way that we "think" He wants us to go - but to truly focus on Him Who is The Journey, Who is The Path, Who is The Way...God is amazing and let us catch up to His story of His unfolding grace - He is for us and all those we are with in this life.

For instance, if someone drives us crazy, to the point of stomach turning pain, we must see them as an assignment to pray for them.

Keep this in mind..
They may have been sent from the enemy, but the enemy sent them to the wrong men and women,
because he has no idea they just walked into a land mine of prayer warriors!
And we are covering them in ways that even blown us away!

I pray you are encouraged as I was this morning. Reminders of God's powerful love and our instrument and weapon of gratefulness leading to life!
Posted by Teresa at 9:19 AM