Showing posts from April, 2013
Show all

Triumphant Victorious Reminders Inspired by the Holy Spirit Written by: Teresa Criswell  "Love your enemies.  Do good to those who hate you.  Bless those who persecute you and pray for those who spitefully use you..." ~ Luke 6:27-38 ~ True story... So how's this one for revealing God's royalty in the midst of a verbal slap? The setting of this story is on a college campus involving one of the girls I get to encourage whose name is Rebecca and another young lady whom she did not know, who had some mean, choice words. "I need to talk to you! Take your sunglasses off because when I talk to you I want to see your eyes." Rebecca shocked, took her sunglasses off, thinking to herself, "I think she has the wrong person." "You're a fake 'B with an ITCH' and I see you walking on campus all the time so happy and I see you're full of sh*%. There's no way someone could be THAT happy all the time". Rebe
Post a Comment
Read more 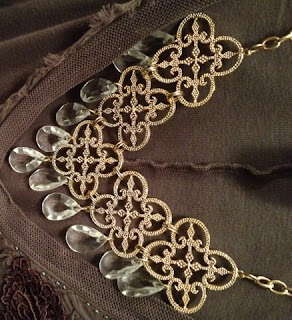 Triumphant Victorious Reminders Inspired by the Holy Spirit Written By: Teresa Criswell "Instead, God chose things the world considers foolish in order to shame those who think they are wise. And he chose things that are powerless to shame those who are powerful." ~ I Corinthians 1:27 ~ It was about a year and half ago.  Ann had a great, pressing thought, "Go into the store and you will find some great deals." She warred with her thoughts, thinking, "Yeah right", yet she walked in anyway; and as though she had a shopping epiphany - there her thoughts were confirmed - right before her were 'deals galore'! She found three beautiful necklaces; $1 each - yes - $1 each! The price and the necklace were a beautiful contradiction, to say the least. Ann thought, "Wow! I know if I received these necklaces as a gift, I would really like them. These will make great gifts!" After making her gorgeous, yet, more t
1 comment
Read more 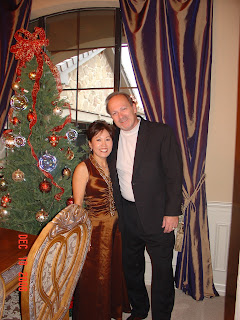 Triumphant Victorious Reminders Inspired by the Holy Spirit Written by: Teresa Criswell   Do you know who I speak of? This person I write about is quiet and bold; A man of few words, yet his actions speak louder than any given shout. Brave and courageous; gentle yet stearn. He says what he means and he means what he says. Integrity and noble character is in his DNA, He is witty yet observant, clearly faithful without dismay. Compassionate and merciful and has no qualms when telling the truth. This person I speak of is a man you may or may not know, he is my dad a man of little reproof. Today is his birthday and I get to be called 'daughter', yes this is so. Daddy, as I write these words I cannot help but see, the imagery of Jesus Christ unfolding upon your life as you live out that you have been set free. Dad, I remember all those years ago the twirls, the laughter, the fair discipline and more! I remember how you helped me write and do my homework patien
1 comment
Read more
More posts