Today I must share a post written from my beautiful sister which can be found on her blog...You may need a tissue or two, but just remember how incredibly loving our Awesome God is as He reveals His abundant grace.

The following was written by: Joanna Stevens Gaines 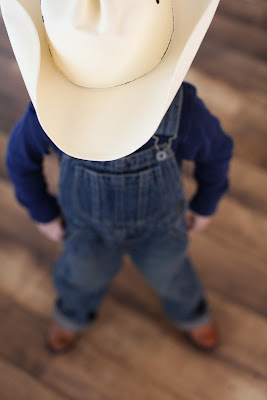 It was pouring down rain and cold this morning as I was on my way to drop the kids off at school. I am sure we are the family known for always being late, because we are always late. But not today, for some miraculous reason, everyone was dressed and emotionally ready to walk out the door at 7:45. On the way there, I passed by a kid who was standing in the pouring rain at the city bus stop. Not realizing my kids were listening, I said quietly, "Oh, that poor boy is waiting for the bus and he is soaking wet." Their ears perked up and they said "Why are you sad mom?" I knew if I told them they would without reservation tell me to go get him. I ignored them for three blocks and wrestled with it in my mind. "What if he's a.... or what if he does...". My instinct told me he was just a young kid who was drenched and cold, waiting for the bus to take him somewhere important...hopefully.
My kids were still pressing me on why I said what I said earlier. I finally just told them about the boy at the bus stop. What I saw as an opportunity to run from, they saw as an opportunity to help. They said, "Why wouldn't you pick him up, can we please help him?" Side note: I am not condoning picking up random strangers and taking them places. I am however encouraging you that if God impresses it on your heart to do something... do it.
I turned the car around and we headed that way. I rolled my window down and asked if he needed a ride and he started running my way. His backpack was falling, his glasses were foggy, and he was indeed wet. He said, "Thank you so much for doing this ma'am. I am not a weirdo or anything, I live at the Methodist Home across the street." He started telling me about himself and I was amazed at how polite and educated he was. His name is George, he has been a foster kid all his life, moving from home to home. His parents were illegals from Honduras and they got deported when George and his 3 siblings were young. The mother made the choice to leave them here because she wanted a future for her children. George and his brothers and sisters have lived apart all their lives. He keeps in touch with them often and He said he talks to his mother once a week. He is 18 now and George says she still cries every time she talks on the phone with him. She hasn't seen her son since he was 3.
I asked him how he has gotten through all this and he said, "I have learned that I just have to adapt to whatever comes my way. Yes it is sad not having parents, but I make the best with what I am given." Good stuff George.
He needed a ride to the technical college in town, he is a freshman studying culinary arts. It was funny because his girlfriend called and she said, "George! you don't get in cars with women!", his response, "Julia, she is old and has kids." Old?! I laughed out loud.
I realized this morning that God's grace stretches over the vast sea of all our circumstances and needs. Today, I need grace to train my kids to stop fighting, yelling and hitting each other. I need grace to see the beauty in all the noise. In Honduras, George's mom needs grace to make it another day without all the noise. This morning, George needed grace to know that He has a Father in heaven that knows him by name. He cares for him and on a rainy day like today, his Father asked a paranoid mom to show him love and simply take him to class.
Let God's grace get you through today, and if it is overflowing, let it pour out onto your husband, your children and those around you who are in need.