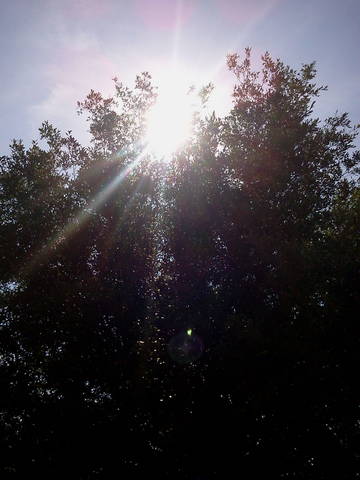 Let's just say you have a sneaky suspicion that your child is about to do something contrary to what you have taught them pertaining to what is right, just and godly - and upon that warning you talk to them and lovingly encourage them to do what is right - yet they continue on and they end up committing the wrongful deed and perhaps worst off - they even end up living in a lifestyle of sin - even after ALL the urgent pleas and fervent prayers.

So the question is - "Are you to blame?"

So in the same manner we must no longer blame God for things that others are influenced to do by the enemy rather than the Holy Spirit...let us remember that Jesus said it Himself, "The enemy has come to kill, steal and destroy BUT I have come to give life and life more abundantly!" I hear that scripture with such deep victory: "Teresa! The enemy has come to kill, steal and destroy but listen to Me...the enemies do not have the last word - even when you see evil happenings - do not let their actions convince you that they have the final say and here's WHY - because I have come, the Overcomer of death, hell and destruction for the purpose of bringing not just life but life of abundance that are without limits!"

Triumphantly and victoriously I am reminded today instead of blaming God and asking Him, "Why?" as if He is to blame for the awful things that happen because of the influence of the "god" of this world - let us instead  praise the Almighty, One True God and allow Him to blow us away with His supernatural goodness in the midst of the ruin and devastation of other people's choices influenced by darkness and let us reveal the Light of God by allowing our choices to reveal the influence of Life to pulverize the lies of, "It's over...it's too late...I'll never catch a break..." How exciting to know we are equipped to be MORE THAN OVERCOMERS IN CHRIST echoing His words of life revealing the Abundant Life Giving God by confessing, "They said this, but God what do you say about that?"

We want to blame God for something?
Let's "blame" Him for:
- making a way when there seems to be no way
- causing our crooked paths to be straight
- being the Creator of the endless heavens and the universe He has displayed
- sending His greatest gift to bring us back to Him
- giving us His Promised Holy Spirit to be able to walk in His Supernatural Love
- breathing continual Life into us in the midst of heinous and hopeless situations

The conclusion? Instead of blaming let's keep praising!