Note to my soul: 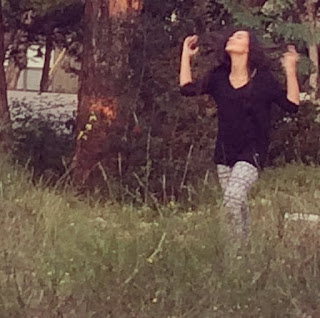 Teresa, when you are reminded of the obedient, submitted sacrifice of your Jesus - even Him knowing all that you would do against God and others; He willingly took every torturing, tormenting whip to where tissue and muscles were torn to shreds - the tormenting pain of being stretched across the remains of a tree to be nailed, and when He was thirsty they mockingly "refreshed" Him with something equivalent to vinegar...from there Jesus uttered the Words, "Father, forgive them, for they know not what they do!" If that wasn't enough, He even musters the strength to speak to the thief on the cross to declare that he has been forgiven and today, he would see him in paradise.

Yet even beyond that, He placed on Himself every kind of sin, sorrow, grief, infirmity, sickness and disease upon Himself to where His own Father had to turn His head and then Jesus cries out, "Father, why have You forsaken Me?" He did that for you Teresa...He did that for you...He did it for the worst of the worst and He did it for the best of the best - from there He declared, "it is finished!" And it truly looked like it was...it looked like it was finished for Jesus and it looked like death, hell and the grave won - yet 3 glorious days later - Jesus resurrected out of His tomb with God's resurrecting power - so powerful that right after Jesus died, the earth shook and the graves of the saints opened up and they resurrected and waited in the cemetery until Jesus by God's power resurrected Him and those who were once dead were now alive and they even began appearing before many people! Teresa -  Oh my God - this Jesus you get to know - He is the MOST INCREDIBLE HERO - He tops Samson's greatest feat against the Philistines!

Teresa, you know Jesus - you've said that He rescued you - Teresa, He didn't die to such extremes so you could remain hanging onto every hurt, offense, grief, bitterness, and nasty thinking and still get to declare you have been saved by Jesus - He did it so you wouldn't have to pay the debt - He paid the price - no wonder why people say, "If they don't pay for it they won't value it as much..." Teresa, today, moment by moment, reconsider the value of none other than Jesus RESURRECTION DAY...Teresa, you must work out your Salvation daily - MOMENT BY MOMENT WITH FEAR AND TREMBLING...