Treasures of a Child's Perspective... 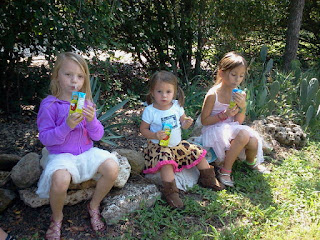 "One day some parents brought their children to Jesus so He could touch them and bless them, but the disciples told them not to bother Him.  But when Jesus saw what was happening, He was very displeased with His disciples.  He said to them, "Let the children come to Me.  Don't stop them! For the Kingdom of God belongs to such as these.  I assure you, anyone who doesn't have their kind of faith will never get into the Kingdom of God. Then He took the children into His arms and placed His hands on their heads and blessed them."
~ Mark 10:13-16

Laughter and squeals of children filled the atmosphere.  The merry commotion caused curiosity to lead me into the living room when to my surprise I saw the adorable, adventurous children attempting to 'ride' on my wooden decor elephant.  The little boy in his gentleman-like ways did his best to help his lady friend climb aboard this exotic find.

Suddenly you could hear the snapping fingers of the little boys mom as she kindly yet firmly said, "You need to get down from there, that is not something we climb on."  The puzzled look on their faces were so cute...it was as though you could see their thoughts, "It's not? Well, what's it doing there?"

As I pondered this scenario I was captured by the innocent beauty of a child.  These hilariously cute, carefree children who were having fun and at play saw the purpose of this elephant and it was useful to them in their playground of life.  I was reminded that because of their bold innocence they can see past and through what many of us as adults choose not to see...potential to a child is as though it is already in existence whereas potential to most people, such as adults are something quite contrary.  The only time it seems an adult may see potential is usually through the squinting of jaded eyes looking through the old spectacles of haphazard 'hope' which maybe just maybe they may see a speck of hidden purpose.

So those times when we hear ourselves say,
"Don't touch!"
"Don't write on the walls!"
"Why are you wearing that?"
"Don't run in the house!"
"Would you stop making a mess!"

May we with laughter as we teach them to respect other people's things let us also take the opportunity to remember our kids in their wide-eyed curiosity are mesmerized to the point of wanting to touch that shiny, colorful figurine because of their sense of wonder and awe.
.
How about when you catch them writing on the walls?  As we guide them to what they can write on may we remember how they see outside the 'lines', and outside 'the box' as they desire to express the world they live in with those vibrant colors within the world of Crayola. 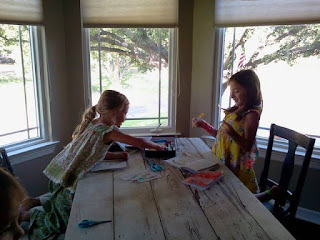 Perhaps when they wear those clothes that aren't even close to 'complimenting' one another, may we be able to see that our child just might want to give opportunity to all the items in his wardrobe to say, "You're important enough for me to wear."

What about those times when our children run in the house?  As we show them a better way so they don't get hurt, may we remember everywhere they go they most likely see life as a playground.

And when we see the volcanic like mess in our children's room, as we teach them to pick up after themselves, may we remember their ability to see past the mess and recognize the masterpiece of living in the 'now'.

Today I am reminded of God's abundant life that is ours to walk in.  May we see the treasures within ourselves and others as we cherish the present moment just as many children long to.  As we cherish the present moment it will allow us to live with grateful hearts remembering that everything we possess is temporal but the gifts of God are eternal...being joyful through and in all things.