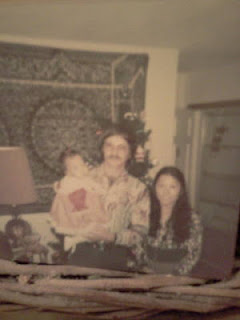 Persistence. Perseverance. Tenacity. Never give up.

It was in 1976, on a Tuesday evening yet another knock on the door. It was like clock work. Every Tuesday night for a couple weeks, Ray and his counterpart were on their Tuesday evening "visitation" route as a particular couple's home was part of their route every week for the last few weeks.

Of course, on the other end, the couple knew who it was as they had a routine drill of their own. Whenever the couple heard the knock on the door, they would slowly get on the ground, crawl on all fours to make the outsiders think no one was home.  The only problem? Ray knew they were home because one, their car was in the driveway and two, he could hear the floors creaking as they tried to quietly move away from the front room.  If I remember the story correctly, Ray would knock on the door, hear the creaking sounds and then say something like, "Gerard! I know you're in there...today is the day of Salvation." I laugh as I love this man's persistence - it was like the Holy Spirit through Ray compelled him to not give up because of the calling on their lives and even the lives of those who were not born yet.

After a few visits of no one answering the door...this particular evening, after Ray's persistent attempts to see another person come to Jesus, Gerard finally opened the door to his home along with his wife Nan and their two year old little girl.  That very day changed the course of this family's future. Not only did Gerard open the door to his physical home - but he opened up the door of his heart to Jesus. From that moment, Gerard and Nan went on to have two more little girls...they taught their three daughters about this God who loved them so much that He sent His willing Son to die for them so that they could live a life with God.  This incredible couple brought these young ladies up in the Lord as Ray had been their pastor for a number of years. These young women remember being brought up with beautiful families that did life together, broke bread together and fellowshipped often - they remember all the gatherings - the fellowships - the going out to eat at Godfather's Pizza and then years later God would lead Gerard and Nan out into the unknown - yet so known by God.

Through all the ups and downs - the challenges of life and even their oldest daughter who would stray away from all that she knew, including this God that seemed so far away as she was more in awe of the world than in awe of the One Who loved the world - even in this, it led this beautiful family to trust God more - they became a family that stood united - no matter who walked away, they would stay faithful to this amazing God Who seemed to pause the world that evening in 1976 just for them. It was as though they could never forgot and could't turn their back on God just because their oldest daughter did.  They prayed for her, they loved her from afar, not knowing if she was still alive as months would go by before they ever heard from her.

Who is this family that I speak of?  It's my family...you see, in 1976, our lives changed forever because a man who was touched forever by God had to share this touch with others. God's love is persistent - His love is unchanging and His love never gives up!

I am so grateful to God for Ray Pew, whom I still refer to as "Pastor Pew" - he will forever have a place in my heart...you never know who you'll get to introduce to Jesus - you never know the lives that will be forever changed...but just know this - God's heart is for the lost and broken - He doesn't give up and His love is what must be received so we can freely give to others from this boundless love that is far more reaching than we can ever imagine!

What happened to Gerard and Nan's daughter?  Well, that daughter is me...and there's a line that my middle sister would say on a consistent basis whenever she spoke to me...before we would hang up the phone she would say, "Teresa, remember you can take a million steps away from God...but take one step back and He is right there."

Well, in 1993 Teresa walked away from all that she knew - and almost 10 years later, in October 2002 her mom and dad flew to see her and her family to deliver a ring that her dad designed just for her as he did for her other two sisters.  As her dad gave her the ring, he said, "Whenever you see this ring, say a prayer for mom and dad." Of course, didn't dad know better?  He knew she didn't pray...and yet 5 months later, on March 6, 2003, their daughter would surrender her all to Jesus and never turn back as later she realized that the ring was a prophetic point of contact to say, "Welcome home daughter...welcome home!"

Be persistent with God's persistence...His persistence is moved by His eternal love that is unchanging and the only thing impossible to God is to give up - He doesn't know how - He is faithful even when we are not!

Bless you today and if you are a family member or friend who hasn't given up yet on a loved one to to be saved and forever changed - don't give up now, instead remember this promise that Paul reminded the jailer from Acts 16..."You and your household shall be saved!" Don't be moved by their mess ups - just be moved by the message God has in the midst of their mess.  As my sister would say, "Teresa, you're living out your testimony!" And wow...she wasn't kidding! 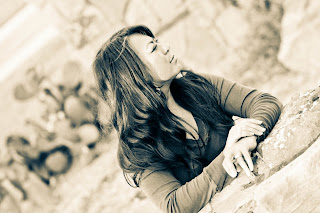