By Teresa - July 18, 2010
Triumphant Victorious Reminders
Inspired by the Holy Spirit
Written by: Teresa Criswell
"For God so loved the world that He gave His only begotten Son. Whosoever believes in Him shall not perish but have everlasting life."
~ John 3:16 ~
I tried to make excuses in my head as to why I couldn't make the treats. Yet, the strong prompting and leading could not be ignored. Losing the battle to the thoughts to ignore; I finally yielded to the prompting. As I did so, it became more clear and exciting as willingness was becoming evident overcoming the grudging efforts of something so small resulting in unwillingness. As the willingness to obey was chosen, we prayed over the treats; praying that every bite taken would reveal a glimpse of the Loving Father God over each of their lives; to taste and see the goodness of God. Finally, the treats were finished baking. I allowed the cookie bars to cool and cut them into small squares placing them into a gift box. 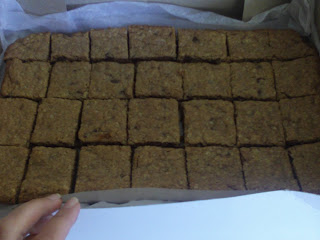 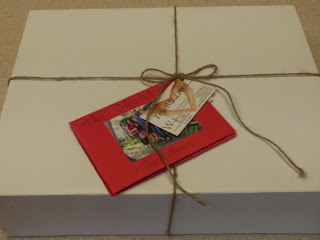 Making our way out the door to our car; there was a confirming peace to not 'feel' stupid or awkward; but to just do it, relying on the Holy Spirit to give me the words to speak; if He so chose me to speak with my mouth. Walking into the bank my daughter asked excitedly, "Mom, can I please give it to them?!" I was more than thrilled to say, "Yes"!
Approaching the tellers, we were greeted as usual with a welcoming smile by the Branch Manager. He noticed the box in my daughter's hands and said with a smile, "Is this for us?" Tristin said, "Yes" and she bashfully yet willingly extended her gift to him. As he received it, he told her, "Thank you". With a smile he placed his hand on her head and patted her head as he asked her a couple of questions. She answered him softly while squirming uncomfortably. As I waited for the teller, the manager and I continued our conversation and I was excited to share with him how it was the Lord's leading to drop the cookie bars by. I explained how our family was led to show our gratefulness for the excellent customer service that they give to us each time we visit.. Through this gesture, I was able to find out that we had a commonality in Christ...and realized that he fellowshipped at a nearby church in the area. He asked where I fellowshipped in which I excitedly told him and let him know that our card was also on the box of where we fellowshipped. As a customer was leaving, one of the sweet ladies, a teller, was ready to assist me, when the branch manager approached her, he gave the box to her. She opened it and a few of the tellers gathered around and were 'oohing and ahhing'. It was such a treat to see them so happy over something so small. As the young lady proceeded to open the box, she said, "I'm going to start crying"...and then she softly cried and said, "You couldn't have picked a better day to bring these in." Her response led me to the opportunity to tell her that it was not my idea, but the leading of the Lord, so consider it a 'God Kiss'. After she heard my response, the tears continued to flow as she pressed her lips together as if she were attempting to stop the crying.
Pondering with awe; this testimony of God reminds me of the smallest acts revealing His Infinite Love. His love is revealed in so many different; so simple, yet profound. Then, there are other acts that are so profound and great, yet even in that, in comparison to our God, they are small efforts as He did the most difficult...He went to the cross for each of us...and like I have seen it said best, He proclaimed with His actions, "I love you THIS MUCH." As His arms were open wide, willingly yet in agonizing, excruciating pain revealed Amazing, Indescribable Matchless Love! To much is given; much is required. I have been given much love; now much is required of me to reveal that which was given to me...the Indescribable Love of God...this is truly revealing whom we have accepted as Savior and Lord. Transforming power revealed because of Jesus Christ!
Salvation small efforts testimony of God